Manchester City manager Pep Guardiola will be able to lead his side for Sunday’s Premier League trip to Newcastle after testing negative for coronavirus.

Guardiola was forced to cancel a pre-match press conference on Friday after returning an inconclusive test result earlier in the day.

However, a follow-up PCR test has cleared the Catalan to take charge of the league leaders at St James’ Park.

That match is one of just five Premier League games still scheduled to go ahead this weekend due to a series of postponements as a result of rapidly rising case numbers of Covid-19 in Britain.

Guardiola also confirmed that none of his players have so far tested positive in recent days.

“Everyone is fit, it’s just Ferran (Torres) missing (due to a long-term injury). Joao (Cancelo) is back after (his suspension against) Leeds and we will travel to Newcastle with everyone ready to play,” Guardiola told the City website.

The 50-year-old was last seen in public on Wednesday when he represented City at Sergio Aguero’s retirement announcement in Barcelona.

Guardiola, whose mother died from the virus last year, has been vocal on the need for his players and people in general to maintain high levels of caution.

“I’m concerned, not because we are going to cancel or break the league but because in society the virus is here and people suffer,” he said earlier this week.

“Some people, staff here, have got it right now and we’ve spoken with the players almost every day and told them to be careful — stay safe, stay healthy, (wear) masks, social distance.” 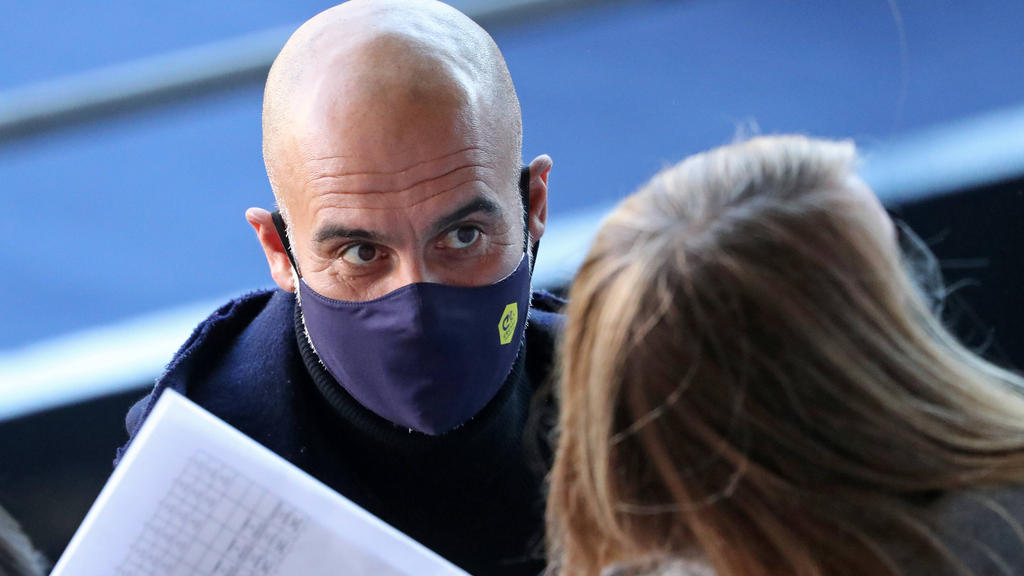