Christian Pulisic settled Chelsea’s top four nerves as his late goal sealed a dramatic 1-0 win against West Ham, while Burnley climbed out of the Premier League relegation zone with a 1-0 victory against Wolves on Sunday.

With Liverpool looking to close the gap on leaders Manchester City to one point with a win against Merseyside rivals Everton later on Sunday, the focus in the early games was on the top four race and the relegation battle.

At Stamford Bridge, Thomas Tuchel’s side looked set to endure more angst on home turf when Jorginho’s penalty was saved by Lukasz Fabianski in the final minutes.

But Pulisic came off the bench to inspire third-placed Chelsea, lifting them seven points clear of fifth-placed Tottenham in the fight to qualify for next season’s Champions League via a top four finish.

A 4-2 defeat against Arsenal on Wednesday condemned Chelsea to three successive losses at the Bridge for the first time since 1993.

Tuchel admitted he had “no solution” for the “fragile” Chelsea defending that saw them concede 11 goals in their last three home games.

Concerned about Chelsea’s ability to hold onto their top four berth, Tuchel made three changes from the Arsenal game as Thiago Silva replaced Malang Sarr in that creaky defence.

“It feels like a giant step. We have some games in hand. It was necessary and I’m glad. The atmosphere is like this in the dressing room,” Tuchel said.

“We also deserved a bit of luck after the last results and how they were created here in our stadium.”

West Ham boss David Moyes left Declan Rice, Jarrod Bowen and Michail Antonio on the bench as he prioritised the club’s first European semi-final since 1976, against Eintracht Frankfurt in the Europa League on Thursday.

Following a tepid first half, Chelsea were more dynamic after the break.

Timo Werner twice went close as he fired into the side-netting, then stretched to poke his shot straight at Fabianski.

In the 87th minute, Silva flicked a header towards Romelu Lukaku, prompting Craig Dawson to concede a penalty with a pull on the substitute.

Dawson was initially booked before being sent off after a VAR check, but West Ham avoided further punishment as Jorginho’s weak spot-kick was easily saved by Fabianski.

But Pulisic spared Jorginho’s blushes in the 90th minute as the United States forward met Marcos Alonso’s cross with a clinical low finish from 10 yards.

Burnley boosted their bid for a remarkable escape act as they moved into 17th place thanks to Matej Vydra’s second-half strike.

Since Sean Dyche’s surprise sacking after 10 years in charge, Burnley’s caretaker boss Mike Jackson has taken seven points from three games to revive their hopes of beating the drop.

Vydra had a second-half goal disallowed for offside, but he didn’t have to wait long to celebrate as he netted in the 62nd minute with a composed close-range finish from Wout Weghorst’s cross.

Burnley moved two points above third-bottom Everton, who have two games in hand as they look to avoid playing outside the top tier for the first time since 1954.

James Ward-Prowse scored twice as Southampton came from two goals down to draw 2-2 at Brighton.

Danny Welbeck put Brighton ahead with a close-range finish after just two minutes and Mohammed Salisu turned Leandro Trossard’s cross into his own net for a 44th-minute own goal.

Ward-Prowse reduced the deficit on the stroke of half-time with his 14th successful Premier League free-kick, just four behind David Beckham’s record of 18.

He struck again nine minutes later, this time producing a clinical finish from the edge of the area. 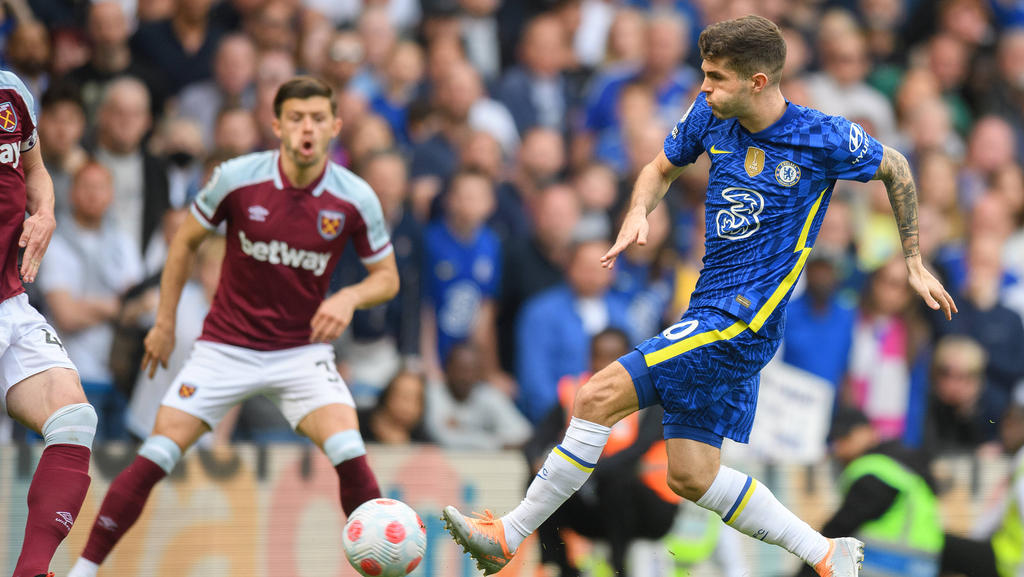